Director Mary Lambert is best known for the classic Pet Sematary. But most forget (maybe purposefully), she also brought us The In Crowd. A sexy thriller from 2000 oozing with vibes from the era. From the baby butterfly barrettes and baby doll dresses to the focus on a group of young people. A theme rampant in early 2000’s thrillers like the I Know What you Did franchise, The Faculty, Gossip, and Cruel Intentions. This one which turns twenty this year (July 19th) is set at a 90210 style beach country club where wealthy offspring run the show.

It’s part The Crush, meets Heathers. On it’s twentieth anniversary, I still find myself indulging in the guilty pleasure that is Mary Lambert’s The In Crowd.

This is a world where everyone is rich and beautiful. They spend their days on the beach, and nights doing drugs in each other’s mansions. The PG-13 tamer version of Less Than Zero. All led by queen bee Brittany (Susan Ward) who slinks around in tightly clung dresses and applies lip balm like she’s removing a piece of lingerie.

This privileged group is ignorant to anyone outside their impenetrable circle. Until Adrien.

She arrives from the local mental facility, with a probationary summer job at the club. She’s quickly drawn into the cool crowd. The typically cold as ice Brittany is instantly enamored with her and likewise. Adrien isn’t like the other club workers. She’s beautiful and strong, but has a dark past. She tells her co-worker, she suffered from delusions of love affairs with older, male authority figures. A theme reminiscent of Alicia Silverstone’s Lolita-esque character (also Adrian) in The Crush.

Brittany’s interest in Adrien seems harmless but ulterior motives are clearly at play. One reason is that apparently, Adrien is a lookalike for Brittany’s older sister Sandra who after leaving town a year ago, hasn’t talked to her since.

The brunette vixen is cut from the same cloth as Cruel Intention’s Katherine. Both use sexuality to manipulate friends and lovers. Brittany aggressively pursues a friendship with Adrian that almost feels more like a courtship. Laying out a newly purchased dress for Adrien to wear to a party. Then trying to have a male friend seduce her, (though unsuccessfully). 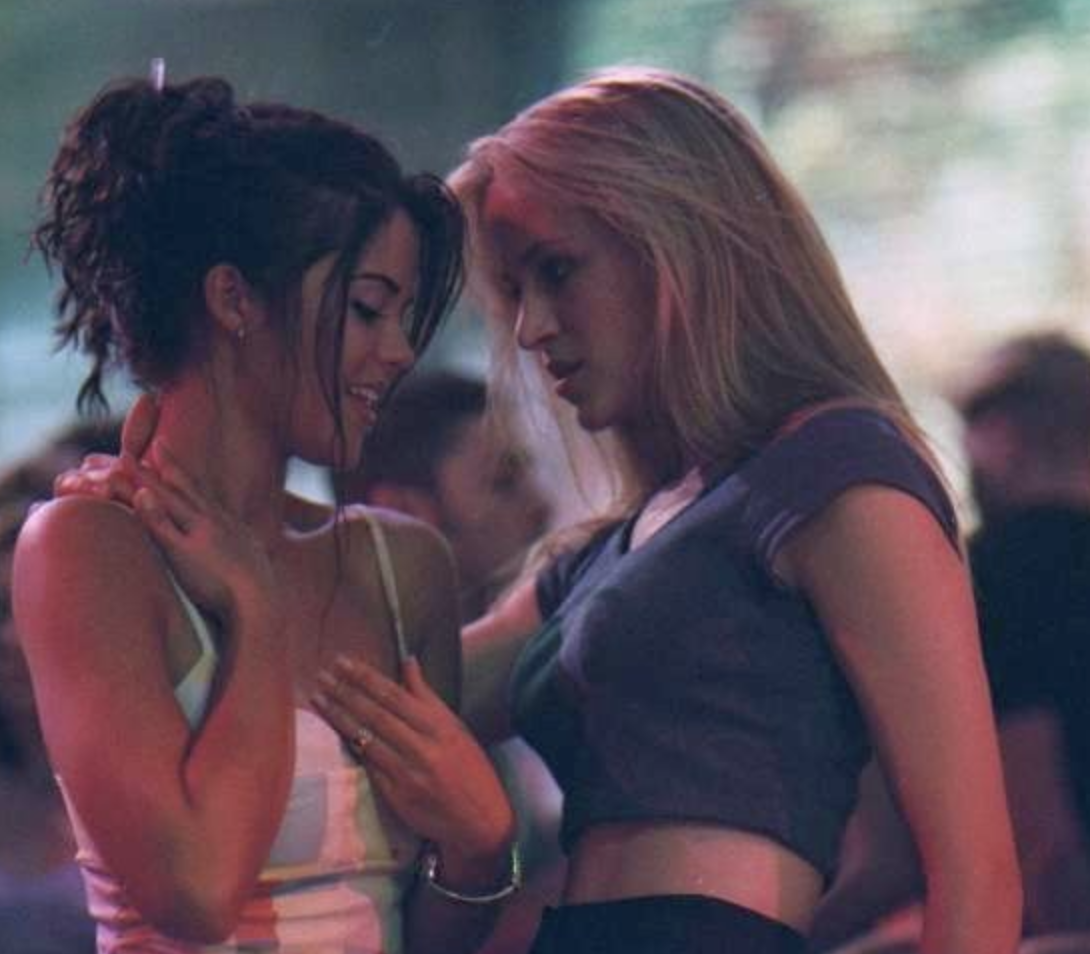 But as soon as Brittany’s crush, tennis pro Matt shows interest in Adrien, the rift between mentor and protege begins. Once the spell’s broken, Adrien begins uncovering more about Brittany. The focus then sharply turns from the sexy, sordid, social life of the rich to a mystery in need of revealing.

The subtly mentioned quick departure of Brittany’s older sister Sandra isn’t so unimportant after all. We learn that unlike Brittany’s depiction, the two had a contentious relationship. Cleaning a group photo, (which serves as exposition), Adrien finds that Sandra was actually the real queen bee. Brittany on the other hand is a wallflower. Cowering in the corner with a jealous gaze fixed on her sister.

Turns out, she’s not the perfect socialite. Just a jealous girl trying desperately to fit in at all costs. Her desire to be the best isn’t just a personality trait. It’s a disorder. When Adrien disrupts her stature, she enacts whatever means necessary to stay on top.

This includes using her number one tool, her sexuality. She even seduces her longtime best friend (with fatal consequences), in an effort to keep her secrets. This clearly isn’t very hard to do since in this world, even the female friends want to sleep together.

But ultimately, as in most sexy thrillers, good triumphs over evil with a good old fashioned, and formulaic cat fight.

The In Crowd isn’t too concerned with detailed clues and clever twists. It’s more about sexy secrets and exposing false perfection. A film that blurs the line between friendship, and obsession. Exploring the reality that the window into the wealthy isn’t as covetable as it might seem.

Twenty years later, the In Crowd is still a fun, guilty pleasure watch.

This site uses Akismet to reduce spam. Learn how your comment data is processed.